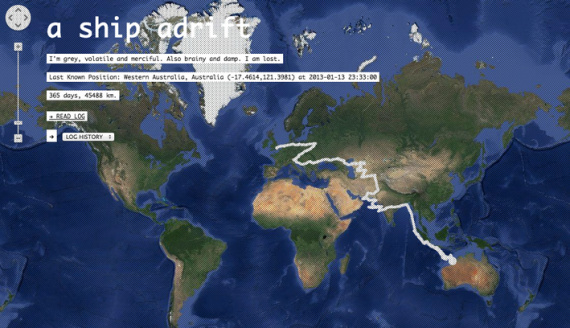 This entry was posted in Art, Being human, Books, Radioshenyen, Rants, Uncategorized, We like and tagged Art Project, Ship Adrift, Twitter