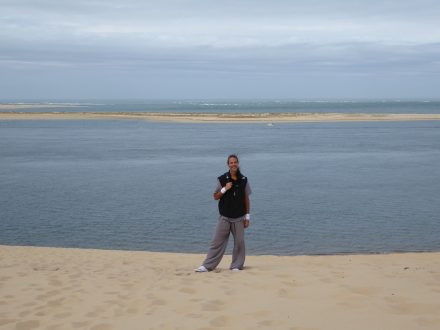 Christoph Eberhard is a bilingual Austrian living in France; a specialist in the anthropology of law and author of the book Human Rights and Intercultural dialogue. Eberhard is also a TaiChi and QiGong Teacher. He says he is on a journey of peace, and that means dialogue: dialogue with oneself, with others, with our environment and the greater beyond. His motto is “Life is not a void to be filled. It is a world of abundance, or “plenitude,” waiting to be discovered.” 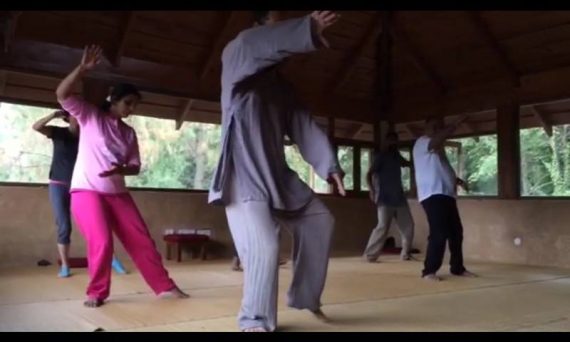 To put it in a nutshell like my whole life has been devoted to, um, I would say a quest for peace, or harmony; a living harmony.

So, it manifested on the one hand, let’s say more social sciences. I had a career as a legal anthropologist, between Law and Social Sciences, trying to see how we could live together in a more dialogical way, understanding each other and harmonising each other a bit better.

And then the second aspect was like dialogue with inner dialogue and with nature and that especially expressed itself in my interest with the traditional arts especially the Chinese Internal arts and Indian arts like yoga.

For me like this inner resilience would be in this question of dialogue. 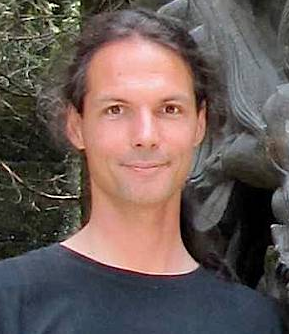 Just letting the mind settle, being rooted in a certain way.

Sometimes people don’t want to do it, they say they don’t have time to do it, but actually just this sitting quietly, calmly, in a certain way completely changes the whole atmosphere.

And if you do it, you would find that people are much, much, more open to real dialogues, to listening to each other, to really sharing their experiences, than if you do it without that quiet time at the beginning. So, you start to dialogue with another human being. Really dialogue, in the sense that you really wanted to listen to that person, and you, you let yourself be challenged, by maybe the world view that he presents or the sensitivity that he’s expressing.

While it may on the one hand be enriching, but sometimes it may be very shocking. You know. We, we may not really want to hear certain things, or we do not really hear certain things until we have heard them back a hundred times and then suddenly you’re like “Oh wow. There was something deeper than I thought.”

So when this happens it’s, it’s a kind of a challenge, also, some that leads to a second kind of dialogue which is the dialogue with which I call with ‘oneself;’ you start to become aware of what our, let’s call it invisible horizon of action and living things.

That in a certain way, once the sensitivity to listening has been opened up, well, you start to listen to the trees to the sun then the flowers to the to the clouds, in a certain way they talk to you.

If you want to listen, first you have to empty yourself, and then everything come and talks to you. The dialogical aspect of nature which starts to unfold. So, it’s a dialogue with oneself, with the others with the nature. And then there’s this other dimension which I call like beyond, whatever you want to call it, you know, these things which are beyond words and you cannot really express it, but which is also there.

Sometimes, when we talk about inner, we kind of separated or distinguish it from outer. For me, I would rather say that the experience of also entering in yourself, or entering in dialogue with nature or with the beyond, is more a process of creating links, where there was more links you may have had an idea of a feeling of separation, you know, you’re feeling separate from the others, and you’re feeling separate from nature.

Nature is more objects which are outside; the second world of objects. It’s not living reality. Even some people… who just see them like objects and some robots which there, which behave in a certain way, but they’re not really persons that we interact with.

And the same thing with ourselves, and we may even ourselves not really…. We do our work. We do our things when our routines. But are we really considering ourselves as another living subject, as such.

There’s four dimensions —and you can start from any of these dimensions.

If you’re somebody who has been growing up in a very natural surrounding, maybe your first dialogue starts with nature. Some people they’re shepherds and they spend lots of time alone for months in the mountains. So probably for them the first kind of dialogue which would start is more like a dialogue with nature, and then the dialogues may come.

Wouldn’t it be more interesting, instead of trying to fill the other with your own projections, and your own ideas, to just listen, open up and then maybe discover all the plenitude the ‘other’ is. I just started to realise that our lives generally speaking sometimes very often a void to be filled.

You know, we, feel that we have to have a certain social status and we feel that we have to on a psychological level we want to achieve certain things and economical level, which is wonderful, as long as it is not something we just do because we need to fill our lives, and at the moment that we dare to maybe step back a little we may just find out that life is actually very rich and well these things may be happening without us trying to push too hard.  Plenitude means you start to realise all the relationships that you, you are knotting together, through your being.

Just like you have a physical body, considering like a modern western science, we are actually really children of the stars. I mean that is …all the elements that we made of are made in the stars, so we have actually a relationship with them.

But at the same time, contemplating the outside nature also actually refers us back to our inside nature. You can use the term ecological, but I would just say our, inner nature. What life is about. (laugh)

You are part of nature.

When I say nature, you know there’s nature, and nature there’s the visible nature that we see. And then there’s nature in the sense of let’s call what is the whole planet. And the solar system and the galaxies, and now they are talking about multiverses — all this is part of this other broader concept.

It really links, creating links where we didn’t see links, links where there was separation, little by little to see that things are so much linked, which is very important in the ecological thinking, you start to enter into this more holistic approaches to things because you realise you cannot just cut things into pieces, they’re always related and whenever you change something, someone always has an effect on the whole. 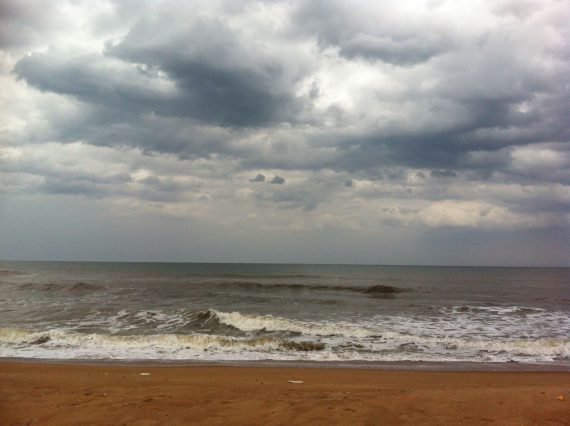 Again which is experiential, the one feeling that you may have at the beginning, is you will feel some tingling in the fingers or you may feel some warmth that will come, and then if you continue at some point you may feel it more inside, kind of a magnetic feeling. Sometimes you get somewhat like electric feel to it, just the quiet sitting and watching your breath…. Actually, even if you just do this but like you do it every day, and you do it for a couple of hours every day, and so on and so on– at the beginning you are very much in the psychological state. You’re just thinking of this and thinking of that.

And then at the moment, when these things start to settle a little –you like a glass, water and mixed and then it settles and becomes more clear and more transparent. When that stage starts to happen, things start to circulate in your body, that’s like basically what is the whole Qi.

These things are very real.

So that brings me to the reaction to the experience. The culture we live in, now I’m talking well, city culture, you know like a technological society. It blunts us to a lot of our experiences.

If you live in nature, and you have to live to survive in with nature. Your senses are much much more refined than the kind of senses that we may have like you know living in the cities. So in a certain way we again we colonised our minds and even now I still realise how much my mind is colonised

We are not gods, we are not the masters of nature, or the kings of nature, no we are just a part of it, a very humble tiny part it.

Humility, the importance of humility.

You recognise yourself as a wonder of the universe. It’s amazing. And the more humble you become, in a certain way, the more beautiful the whole thing becomes.